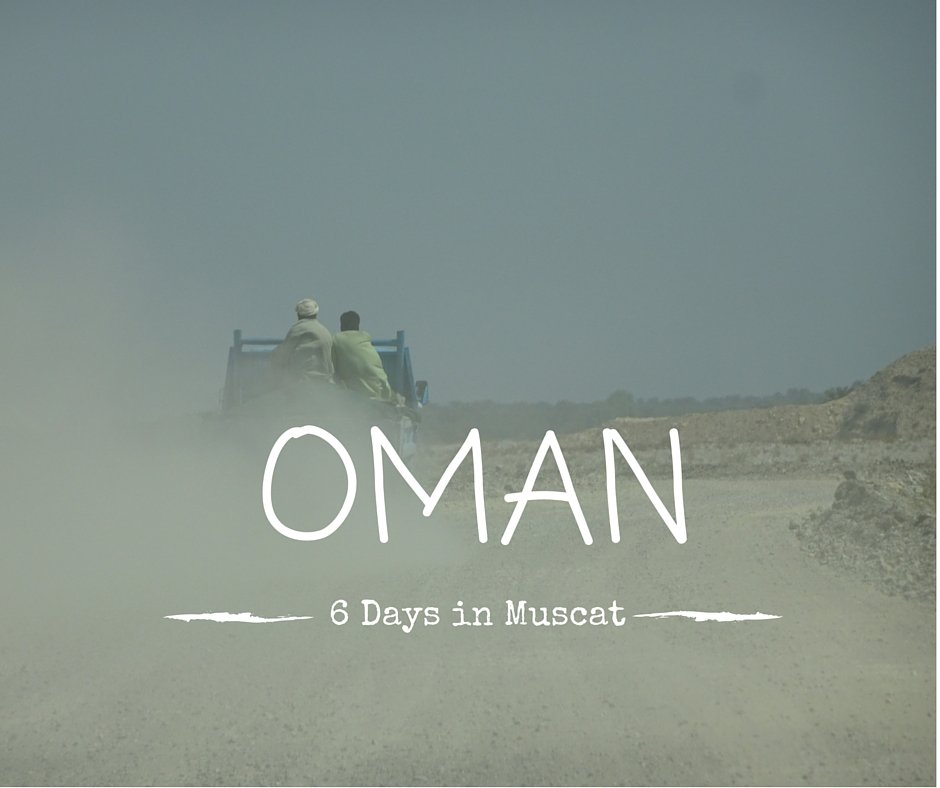 If the DCBKK conference in Bangkok was a great excuse for going back to South-East Asia, the stop-over in Muscat on the way to Thailand was a great opportunity to visit my friends Raf & Richie and their recent offspring: Jonah the giraffe-eater.

Oman signified going back to an Arabic country, in a peninsula that I had chance to visit a couple of times (UAE, Israel, Saudi Arabia and a night in Bahrain) savoring the flavors of an exotic culture often misjudged.

It was a great visit and below my report with some interesting facts about the only country starting with the letter O*.

*Only valid in English.

Driving in a Wadi

Wadi means river, but what you see the most in the harsh Omani landscape are dried riverbeds.

Those riverbeds made of stones boiling under the strong sun, are occasionally theater of flash floods that each year are resulting in few casualties.

Richie took his 4WD inside a dried riverbed on our way to Wabi Shab. With the thermometer topping at 109F (that’s 43C!) we drove for an hour between spectacular mountains and occasionally passing by few houses by the riverside. 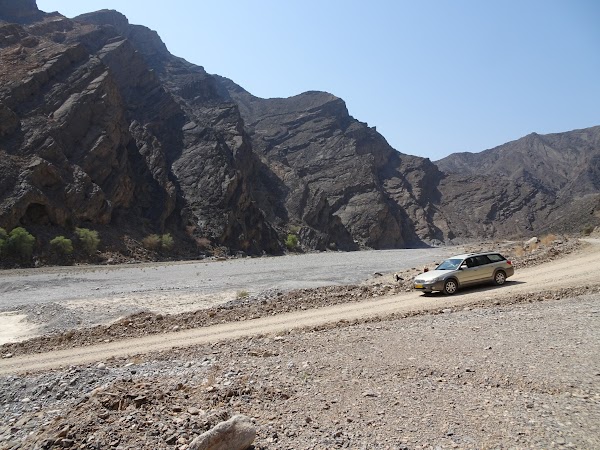 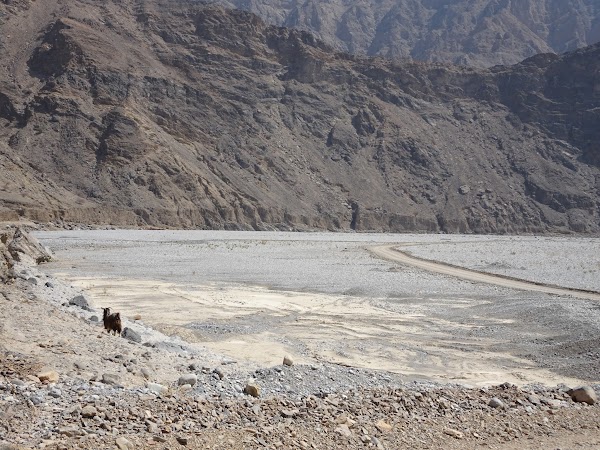 Not all wadi’s are dried up. Some of them have water and they are absolutely stunning, like wadi shab.

After parking the car and crossing the river with a small boat, we started walking uphill following the water. It’s 12pm and we have no sunscreen, no hats and of course no water.

Oh well, actually we have water but we feel heroic anyways. 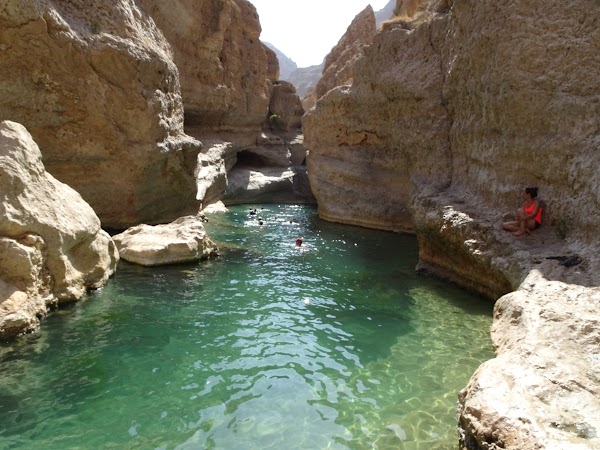 The trail ends and the only way to continue is swimming, to reach a waterfall inside a cave. I could not take pictures there, and protecting my new camera was the running joke of the day. 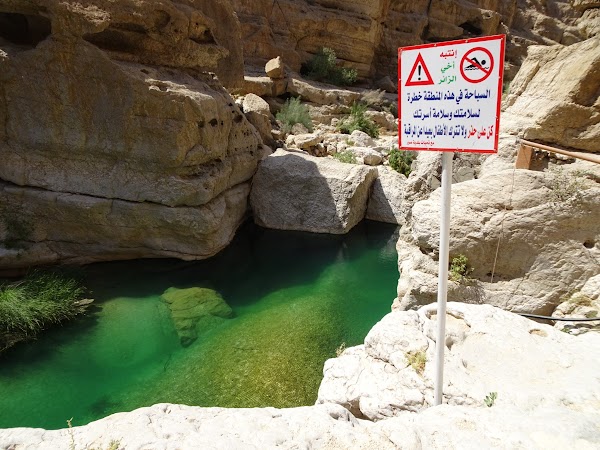 In Oman, Skype and WhatsApp calls are blocked, but Tinder works wonders.

And that’s how I ended up going to Nizwa with a total stranger.

We drove together the 160km between Muscat and the traditional town of Nizwa, famous for its fortress and the busy souq (market).

The majestic fortress was close for renovation – someone said that the roof collapsed because of the heavy rain few weeks before.
The near town of Al Hamra, described in the guide as ‘Italian feeling with an Italian plaza’, had absolutely nothing Italian and the Al Hoota Cave was sadly closed (and my friends confirmed later that is always closed). 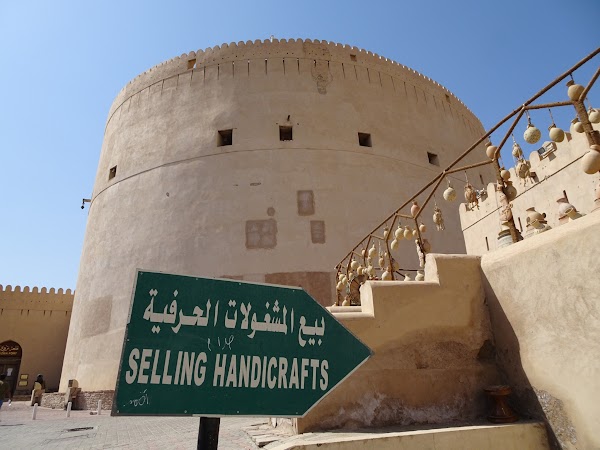 The souq got interesting after a man invited us to his air-conditioned boot where he offered us all sort of dates (meaning the fruit), coming from different regions as well as imported, and a cup of traditional coffee with rose water and cardamon hints.
Beside that, the souq is absolutely no-woman land and I could count 40 men at once staring at my date (meaning the girl).

On Friday evening, that is like our Saturday evening, my friends neighbors through a BBQ party. I really enjoyed because I met at once a great bunch of lads.

They were mostly expats from all over the world (UK, France, Italy, India, US, Bolivia, Canada) but also few Omanis joined in – the type of locals that has lived abroad or work in international companies.

It turned out to be a very interesting evening, fueled by Heineken beers that the expats have license to buy (alcohol is not available to Muslim Omanis).

They all repeated the same: Oman is the best country in the Arab peninsula to live in.

Few folks asked if was my first time in Oman, to whom I replied ‘yes, but I’ve been in the peninsula before’. When asked where, I said ‘Saudi and UAE’ and watched them frowning at me and quickly clarifying that ‘Oman is completely different!’.

They’re having a good life here, making money in a tax-free country where they can live large and well serviced. The evening remembered me when I was an expat too, in Amsterdam, and to be honest I felt a bit nostalgic. Talking with a beautiful Bolivian woman didn’t help, since she was married with a French man with mustaches. 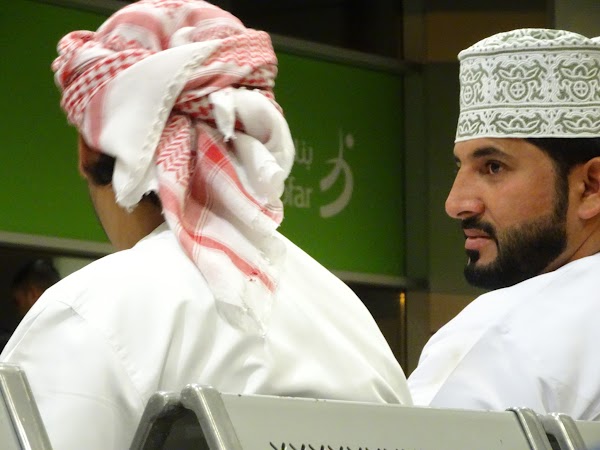 Oman, like other countries in that region, is undergoing a process aimed to reduce expat workers replacing them with local workforce. This is known as Omanization. I hope they’ll have better luck than their neighbors, where companies ended up still hiring expats (to get things done) and extra locals (to comply with the laws).

Getting lost in the Old Muttrah souq is a must and having a juice afterwards while doing people-watching is a great idea. Never had juice topped with ice cream before. 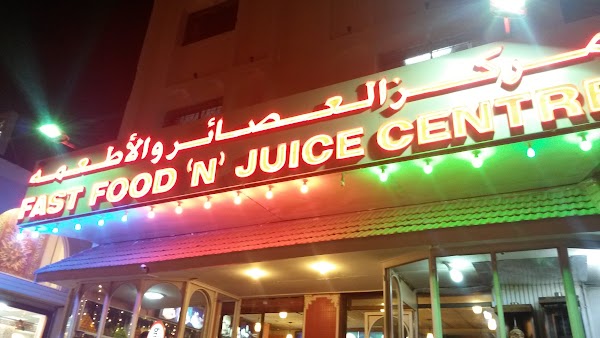 I got the famous Omani frankincense, that comes in different flavors. 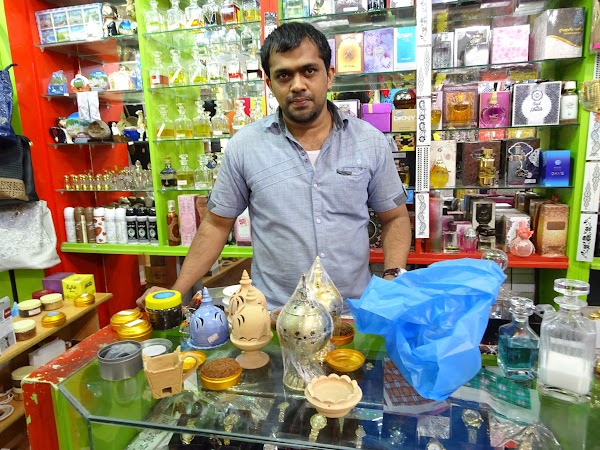 I didn’t buy any gold. 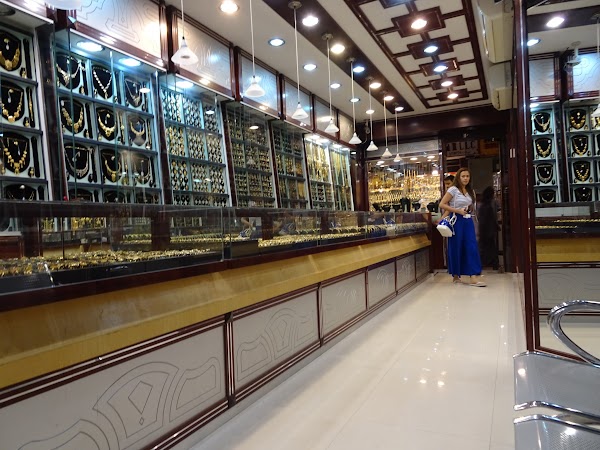 Also a visit to the beautiful Sultan Qaboos Grand Mosque is a must. Opened in 2001, it’s yet another proof that the popular belief “they don’t build great things anymore” is wrong. 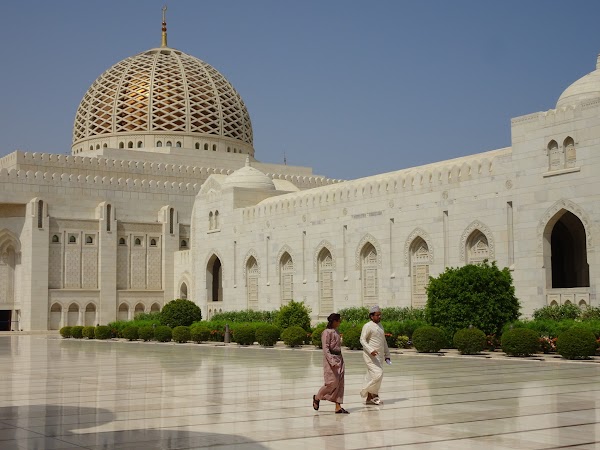 Food-wise, the cuisine is a mix of Lebanese food with Indian influence, or at least this is my feeling.

I had traditional Omani food at Kargeen Café, a beautiful place with open air courtyard and very Arab feeling, including Shuwa that is goat meat buried in the ground and cooked overnight. Curious about the process? Check this 3-minutes video.

All the pictures here: 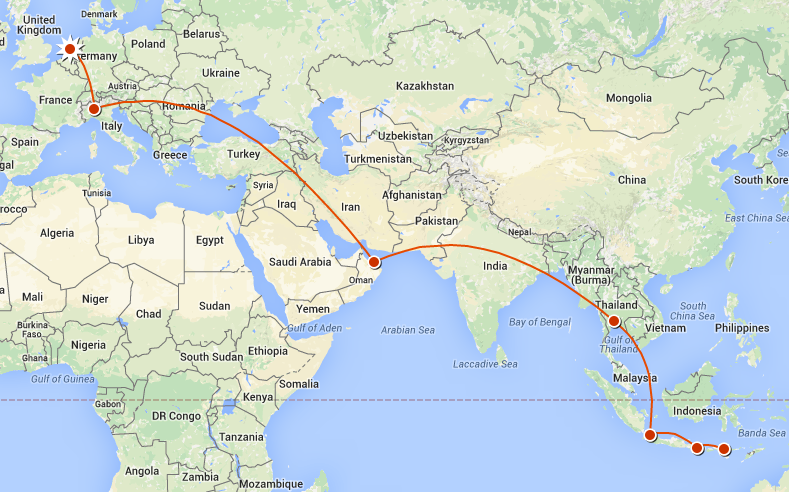 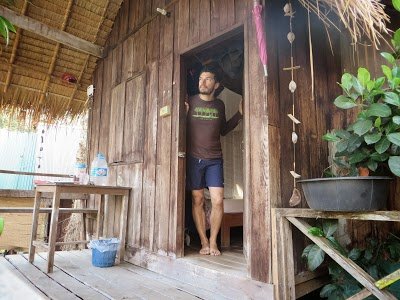 My Detox Retreat at Shangrila in Pai, Thailand