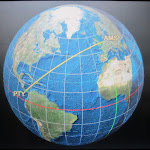 3 things about the flight:

First, it got a delay of 40 minutes. If I was on a business trip I wouldn’t care, but being on my free time makes a different effect 🙂

Second, there was an Italian guy sit almost next to me.
Normally I wouldn’t say a thing, avoiding contacts and even deceiving him about my origin (reading something in English usually works). I’m just not interested in Italians, right or wrong.

But being in a travel experience that is all about people, I gave him trust and approached with “ma dai, sei anche tu Italiano?!”.

I had to gave up pretty soon: the fella was in nicotine crisis and was asking me if he could smoke in the restroom, plus I had to fill in his immigration form he could not understand.
End of the story: I didn’t make a friend, but I put myself in the mood to chat up strangers.

Third, I just had hand luggage, cabin approved, that I´m very proud of 🙂

I had my first night in a hostel dorm. 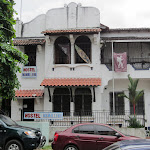 Well, actually I was in a hostel twice before, with AC in Paris and alone in Bern while driving to Italy by motorbike.
This hostel is not bad at all, the dorm with other 11 people is OK, air conditioning is working and airplugs are required.

Arva told me about this place “that’s a party hostel!” and now I see what she meant… It’s full of young Americans here to have fun and feel cool. Music went on and on last night.

Start a conversation is easy, keep it up more challenging. I feel a grampa sometimes! 🙂 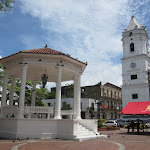 I imagined the first day in Panama’, sitting on a bench watching the World revolving around me, learning to slow down. It didn’t start exactly like that.

Had a nice walk on the waterfront reaching Casco Viejo, an old part of the city dated back to 1700 and half renovated, half with ruins of facades with nothing behind them. According to 2 Americans here, “facade” is actually spelled “fasade”. But they are wrong:

Definition of FACADE :
the front of a building; also : any face of a building givenspecial architectural treatment <a museum’s east facade>

During the day I met different folks along the way and shared some time around the area and some food.
I spare you the details of names, countries, where from/to etc. They nicely went out of my life as they came in.

I also proceeded locking my SIM card while walking with the phone in the pocket and NO, I don’t have the PUK code with me :S

One highlight is that I visited the “Canal Museum”: very interesting!
I wish my concentration while reading Spanish explanations could last longer, but I lost it completely in the “Roosvelt Medal” room…

I’m now sitting in Plaza de la Indipendenca, writing and watching the World revolving around me… 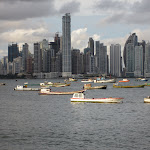 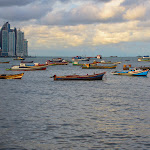 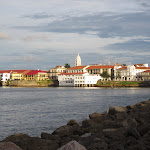 Tomorrow is Thursday and Salsa activities may start.