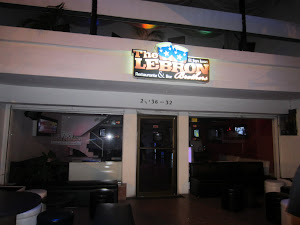 I discovered the Lebron Brothers listening this playlist from SalsaCanal, a guy that has hundreds of classic Salsa songs on his Youtube channel.

It was 3 years ago when my friend Paul and me spent days listening the hit “Dies Lagrimas“.

Since then, The Lebron Brothers is one of my favorite band.
With their unique style, their sad lyrics, their perfect mix of powerful rhythms, melody and chorus.

I could never imagine that one day I would meet them, Los Hermanos Lebron, in Cali, Colombia.  Actually, I had no idea they were living there 🙂

Of Puertorican origin, grow up in New York, they decided to open their very nice “The Lebron Brothers bar” in the upper class party area (Granada) of the city recognized as  the World capital of Salsa – Cali.

I was super excited to visit their bar, also because I knew that they were luckily in town that weekend. 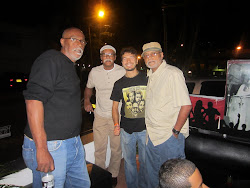 The encounter went pretty much like this: one after the other, Carlos, Frank and Jose’ Lebron showed up in the bar and I jumped to greet them, telling that “I’m a brother from Italy that came here to visit their bar!”, showing them my Lebron Brothers t-short bought in Bogota’ and asking for pictures.
And their reaction was pretty much like “Oh OK, cool.” and a cold handshake.

I was disappointed – they seemed to be like most of their beautiful lyrics. Sadly sad.
Check the words of their hit “Dies Lagrimas”, or hunt a smile in any of the videos from their live performances, and you’ll know what I mean… 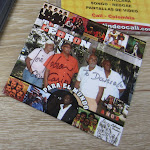 But with my biggest surprise they later invited me to come back to the bar to collect a gift: a new CD for the 45 years anniversary of the Lebron’s career.

When I arrived there, Jose’ Lebron, the man behind many of the band’s lyrics, was there on a table behind a notebook.

I sat down with him. He signed for me a copy of their last CD 🙂

Then we started chitchatting about Cali.
The Lebron first arrived in the 1979 (when I born!) and where they became legend in 1989 with a memorable concert in front of 60.000 fans!!

The brothers love Cali, and Cali loves them too…
During my 30 minutes walking to reach the bar I heard in the street their songs played at least 3 times.
And there’s no party where they don’t pass “Que Pena“, a song that the caleños  spice up with their own chorus, or “La Temperatura“.

They even dedicated a song to Cali and Colombia – Me Enamore (album “Salsa En El Paraiso Con Los Lebron”, 1990):

“We’ve been really lucky!” Jose’ said.
He was writing songs just for fun in the free time, and now they’ve been all over the World playing them.
“Lucky?!? You guys play the best Salsa music!” I explode.

They are a family of talents. The father was a poet. Jose’ started playing the piano and 1 month later he was in a recording studio.
They started with rock and blues before landing to latin music in 1966, right on time for the bogaloo era.
It was 1970 when the published the album “Salsa y Control”, one of the first time that the word SALSA was used to identify the new genre!

I ask if the hit “Que Pena” was inspired by a real woman.

“No, my brothers had the music in mind and we made the lyric in half hour or so…
I can’t believe it became such a hit!
We didn’t like that song, we put it on the B-side as last song. [Loco Por Ti, 1988] One day they call me to say we’ve a huge hit and when they told me “Que Pena” I thought: what the heck?!?
I went back listening to it and I couldn’t understand why people like it so much…”

About Pancho y Loco: they wrote it for the father, Pancho. He was a poet but apparently could not play any instrument really.

La Temperatura is another big hit from the Lebron. They played it at closure time in a reggae club in Bogota’ and EVERYBODY was singing it.

He said pretty much “I wrote La Temperatura when I was 20. It’s such a simple lyrics, if I had to write it now I would do it totally different, as well as the music. And maybe it wouldn’t be a success at all! That’s the thing with musicians… the more you know the more complex things you do, and the farther you go from people”.

We spoke about Fania, record label they worked for a while. They still have 2 unpublished albums from the Lebron. Maybe they’ll wait till they die to release them?

He had not nice words for about Jerry Masucci, the founder of Fania, as well as the superstar Marc Anthony and La India, which popularity had changed their attitude towards the other artists.

I wish I could have listen to him all day long.
I also wish I was more prepared… because I realize only after how little I knew about them.

But Jose’ looks at his PC now.
He’s chatting with the family in Miami, “my sons are my best friends”- he says.

I feel it’s time for me to leave The Lebron Brothers bar and go back to my hostel… to listen their new CD.

Visiting Salento, in the Zona Cafetera of Colombia 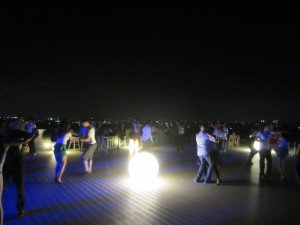 Where to dance Salsa in Istanbul