Experiment #6: my last beer (for a while) 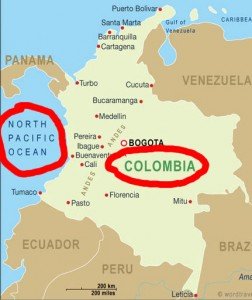 Beou is a dude from US living next door.

He’s cool and he’ll pay me beers forever because a month ago he lost a bet, saying that Colombia doesn’t border with the Pacific ocean.

But he won’t pay me beers for the coming month…. and here lies my next challenge.

A new month is a good occasion to start a challenge, not for nothing but at least the numbers are on your side, and no calculation is required to remember when you started.
And this Monday, the week day I choose to publish the blog, is a special day as it’s the 31st October – last day of the month.

The challenge is to make November a no-alcohol month: no wine in a diner, no beers with friends, no sake’ at the Sushi place, no Limoncello at the pizzeria.

Why all this suffering?

I have been thinking about it for a long long time, but really never found myself brave enough to go for it.

Probably the idea of being in a pub drinking Coca Cola or cold milk, very much “Dutch style”, is painfully dreadful, and to be honest I always had fear to not be liked by others if not conforming to the alcohol ritual.
But it’s time to grow up. So for me not drinking is not really about alcohol. It’s more about making a statement, push myself out of my comfort zone and stand for something in front of others.

PLUS, I feel a wreck at this moment of time:

Luckily I can still dance or I would have declare myself brain death, a state that will trigger my organs donation to someone that can use them, as I’m part of the Dutch donorregister.

So, I just want to avoid alcohol for one month NOW because is a good moment to take care of myself, and recent experiences have prove me that I don’t need alcohol to have fun.
Actually, I had much more fun sober than under alcohol effects, so just bluntly fuck it.
After all, the fact I’ve a blog doesn’t mean I should justify everything I do! 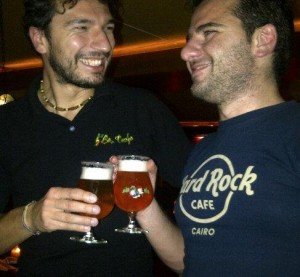 So today I joined a fantastic chacha lesson and afterwards I had the last beers with my good friends Gianluca and Roxani, and discovered that Gianluca is gonna join me in this challenge.

Here’s a picture of our last beer together, while talking about major life issues and headaches.

Gianluca, you don’t know how much you’re gonna help me on this!

We invited couple of other friends to join this initiative but not always the reactions were enthusiastic: no problem.
Not drinking is like backpacking I think: it’s a personal thing and we shouldn’t expect a a social recognition for it.

Rules are for the obedience of fools and the guidance of wise men.

(said Douglas Bader, a Brit WW2 pilot that lost both legs in a plane crash but continued fighting World Wars and playing golf)

No matter if I’m a fool or a wise man, here are my rules of this game:

Alcohol, see you in December.