The end of Salsa (van)

When the van broke down twice in a month, I was puzzled trying to see the lesson I had to learn, but what I did not miss to see was the demolition truck.

It came for good and took my van away!
The engine was damaged beyond repair and I sold it, broken, for 600 euro.

Maybe the lesson was that Dutch mechanics are like Dutch doctors (I already wrote about the Dutch health system).
Or that I should stop trusting everyone with my vehicles.
Or maybe simply that I should not have a van.

While I’m searching for the lesson to be learned, I stay positively sad: it’s better than he broke down in Amstelveen, close to Amsterdam, rather then here in Latvia where I’m now…

I explained long time ago why I bought the van in first place.

It was March 2010 and since then I started collecting great memories with the Salsa van. 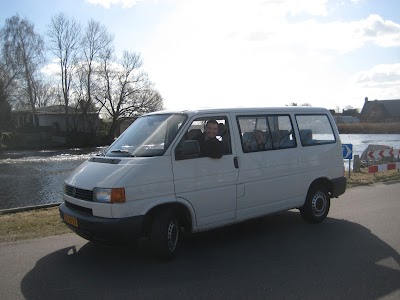 The first picture of us

He participated to many Salsa events, with or without me, in Berlin, Hamburg, Limburg, Koln, Dusseldorf, Antwerpen. 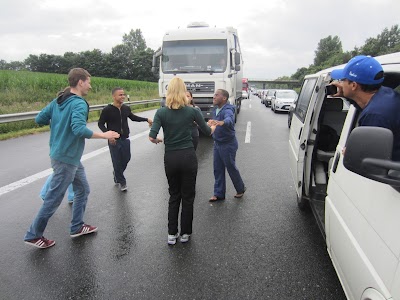 On the way to Hamburg – people dancing on the highway, outside the van

I even visit a couple of customers with the van, normally parking quite far from their office.

We went to Texel to jump of of a plane with him, and we carried wood on him. But the logs were full of bugs and the van got infested. 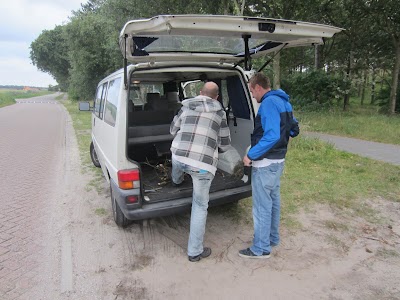 I drove back to Italy with him, passing by Mainz and Jochberg to visit Gianluca and Geg. 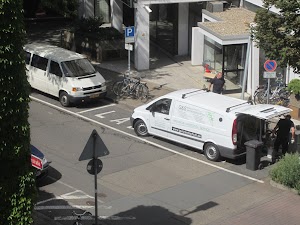 Parked in Germany – facing the competition

He reached Poland once, with Roxi. I remember the relief when I got her text message informing me hat they arrived safe and sound!

The legend goes that once even the great Fernando Sosa got picked up from the airport with the van.

The van was used for multiple sports, from kite surfing till fornication. 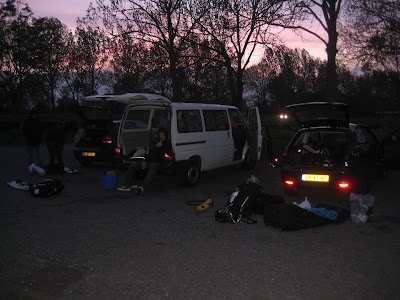 Even mom loved him! 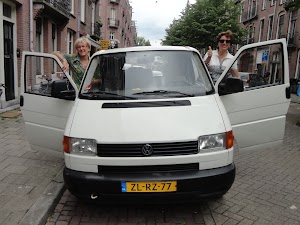 Mom and auntie on the van

Twice was found out of battery, and twice was lock with the keys inside (you may be surprise to know how easy is to open a car!).

But I never slept in the van.
This was planned for the trip I’m doing now in the Baltic countries: driving around and sleeping in the van.

But the van didn’t like this plan and decided otherwise, so I had to change plans and I’m now on… bicycle.

And like someone that just lost his pet, I now say “I don’t want another van now… well, maybe in the future”.

One month in Tarifa